Right to life or death penalty : Protection against Human Rights 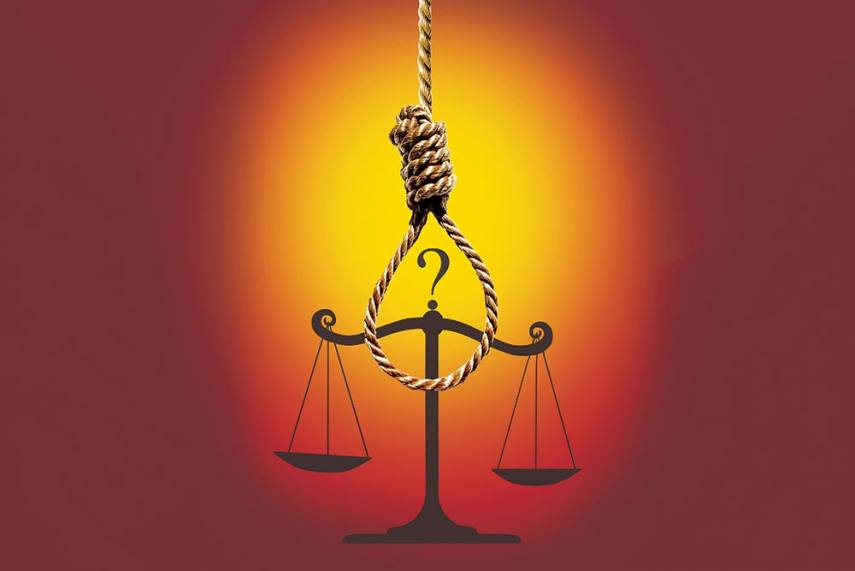 RIGHT TO LIFE and CAPITAL PUNISHMENT

In the landmark Judgment of ‘Bachan Singh v/s State of Punjab (1980) 2SCJ475’, 1980, the Supreme Court penned down that death penalty should only be used in the ‘rarest of rare’ cases, but does not give a clear definition as to what does ‘rarest of rare’ means. There has been a huge discussion around the world over the use of death penalty; whether it should exist or not. Each and every man has a right to live. Article 21 of the Indian constitution provides that its citizens ‘protection of life and personal liberty’ – no person shall be deprived of his life or personal liberty except according to procedure established by law. This exception to life has created a difficulty across the world.

Is the judiciary valuing innocent lives which have deteriorate to that of a person committing a heinous crime such as murder. Does the criminals who commit a heinous crime such as murder lose the right to live on this earth? Are innocent convicts being executed? What is the remedy to wrong executions? Does death penalty to a convict provide proper remedy to the family that has lost its member and gone through the horror and pain of losing its loved one? These are just the few questions that are being asked across the world ineach and every society over the legality or legitimacy of death penalty whether it must exist or be abolished. With the death penalty in consideration, Crime rates have not reduced in spite of death penalty or capital punishment in India or any other country..

Many scholar and thinkers are upto a conclusion that death penalty is partial in nature to individuals because Ajmal Kasab a terrorist from Pakistan who was one of the accused in the Mumbai attack, 2008 (also known as 26/11), who was arrested alive by the police and after due legal process and production of proper evidence he was found guilty for the brutal terrorist attack and later on charged for possession of dangerous weapons, was sentenced to death by the Supreme Court of India on 29th August 2012 but has not yet been executed. Instead he had filed a mercy petition to the President but it was later on hanged after much delay on November 21,2012.The mercy petition was rejected and  later on he was hanged till death

Another case is of the Nirbhaya case where Four labour class men convicted of the gang rape in  a moving bus and brutal  murder of a student in Delhi in 2012 have been hanged. The accused Akshay Thakur, Vinay Sharma, Pawan Gupta and his brother Mukesh Singh were awarded death sentence by a trial court in 2013. The four were hang till death in the New Delhi Tihar prison in the first executions in India since 2015

There are several mercy petitions pending before the President of India where some are old dated back 90’s. The concept of right to life and death penalty is so contradictory and brings about a sense of partiality which forms a loophole in the judiciary of the country. The death penalty is implemented or executed rarely. Out of 350 murderers only 1 gets a death penalty. Studies have shown that death penalty has not been a restraint because according latest death penalty and murder rates have a positive and  co-related to each other which means; where death penalty lies murder rates are high. According to a survey report many police personnel and other law maker death penalty is not a deterrent to the  people who commit violent crimes.

Recent case law on the death penalty was given to the accused who has brutually murded her family. The accused Shabnam Ali and her lover Saleem were convicted in 2010 for killing seven persons in the Babankhedi village in Uttar Pradesh’s Amroha.In April 2008, seven members of Shabnam’s family — her mother, father, two brothers, sister-in-law, cousin and a 10-month-old nephew — were found murdered. They were given milk sedatives-mixed and, when they fell unconscious, their throats were slit by shabnam and her lover saleem. She was charged with murder and the supreme court has given her death penaly. Later on she filed a fresh mercy petition to the governor of Uttar Pradesh and the president of India which was later on rejected. Shabnam who is guilty of killing her own family of 7, might become the first woman to be hanged in Independent India.

People who commit murders do not think of the consequences or the punishment that they might go through. The reason behind that is the act done is mostly impulsively or an emotional outburst and is at the spur of the moment, it is very unlikely that they are mentally stable. According to a recent survey, life imprisonment costs 10 times less than when a person is executed for a long bureaucratic process that has to be undergone for a person to be executed. There is a opinon of a peron  that death penalty is the worst way of violating human rights, because right to live is the most important and a fundamental right. A bunch of them believe that judicial hanging is one of the deterrent forms of punishment. The mental torture that a person goes through while being executed is far beyond one’s imagination. It is inhuman and a monstrous act within the society.

Some of them also believe in this way :

But then there would be total destruction if death penalty would be abolished because everyone has the fears of death, who would want to end up their life? So here death penalty will act as a deterrent for the crimes that is going to be committed in future.. The people who contended that punishment of death penalty should be abolished because a life of  human is precious and cannot be compromised for anything and a human should be treated with dignity and not like an animal. A person who has committed a crime is well aware of his mistakes and he is only responsible for his act and their consequences. Executions are always done keeping in mind the health and safety of the public.

By execution of death penalty to a convict may not bring back a person who is already dead , but executing the convict,  so the future heinous acts may be stop/ prevented. In order to completely abolish death penalty in India, the public should be convinced that justice can be provided without executing the convict by brutality (there are attempts being made for executions which are less painful, but death is death and it is inevitable). However to  abolish death penalty  it may lead to rise in crime rates and the laws will be broken more often and various kinds of wrongful activitites may rise. There can be no end to this debate because until and unless heinous crime exists, there will be capital punishments (death penalty)

The Malawi Supreme Court of Appeal has declared in a leading case that the death penalty is unconstitutional.”The attribute of the right to life is life itself-the sanctity of life. Without the right to life the other right does not exist. The death penalty not only negates; it abolish the right. The court observed this in the judgement of the supreme court in a leading case. Awarding Death penalty in heinous crimes is just and necessary, but must be with utmost care and caution.

So I will like to conclude that the death penalty should be given in the rarest of rare cases. We all want a criminal justice system that’s sensible, effective, and creates to have a safe society with less crime—and evidence shows that the death penalty has no impact on public safety. … By abolishing the death penalty, we could focus our time, energy and resources on supporting victims and families harmed by violence and will give them better environment to live in so the vacuum of losing the loved one or the damage caused can be overcome.