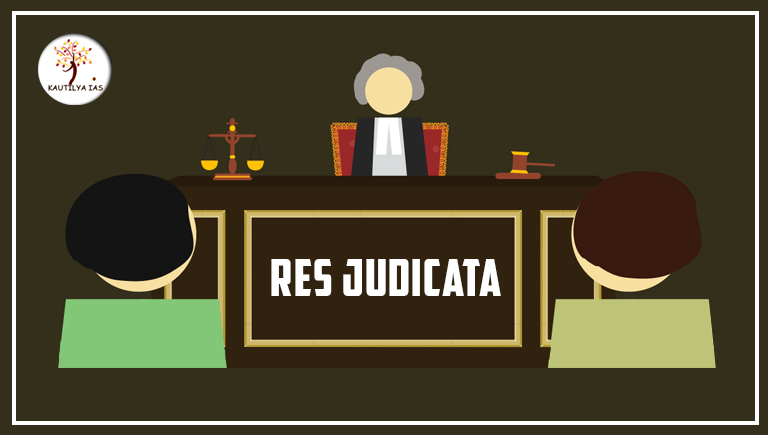 Res Judicata is a phrase which has been derived from a Latin term, which means ‘the thing has been judged’, which means that the issue before the court has already been decided by another court, between the same parties. Therefore, the prior court will dismiss the case before it as being useless. Res Judicata as a concept is applicable both in case of Civil as well as Criminal cases.
The term is also used to mean as to ‘bar re-litigation’ of such cases between the same parties, which is different between the two legal systems. Once a final judgment has been announced in a lawsuit, the subsequent judges who are confronted with a suit that is identical to or substantially the same as the earlier one, they would apply the Res Judicata doctrine ‘to preserve the effect of the first judgment’. This is to prevent injustice to the parties of a case supposedly finished, but perhaps mostly to avoid unnecessary waste of resources and time of the Judicial System.
And, therefore, the same case cannot be taken up again either in the same or in the different Court of India. This is just to prevent them from multiplying judgments, so a prevailing plaintiff may not recover damages from the defendant twice for the same injury.
For making Res Judicata binding, several factors must be met up with:

whether the parties were given full and fair opportunity to be heard on the issue. Regarding designation of the parties involved, a person may be involved in an action while filling a given office and may subsequently initiate the same action in a differing capacity. In that case Res Judicata would not be available as a defense unless the defendant could show that the differing designations were not legitimate and sufficient.
Therefore, Res Judicata in a nut shell is a judicial concept wherein the Courts do not allow a petition to be filed in the same or to the other Court for the doctrine of Res Judicata would apply and the party would not be allowed to file the petition or to continue the petition (as the case may be).